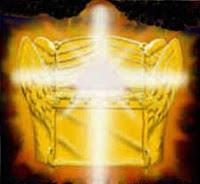 For centuries believers have been challenged and encouraged by the hymns of Charles Wesley (1707-1788).   Some believe that he wrote over  6,500 hymns, many of which are still known and sung today.  Others say at least 5,000.  There are those who say that when you take both the quantity and quality of his hymns into consideration that he may be the greatest hymn writer of all times.  Charles Wesley was the youngest son and 18th child of Samuel and Susanna Wesley.  He was educated at Westminster School and afterwards at Christ Church in Oxford, where he graduated with an M.A.   In 1735, he went with his brother John to Georgia where they were employed as missionaries. He returned to England in 1736 and for many years he engaged with his brother in preaching the Gospel. On April 8, 1749, he married Miss Sarah Gwynne.  They had four sons and a daughter.  Of all the hymns which he penned, I personally feel that this week's hymn choice, "Arise, My Soul, Arise" is one of the greatest.  It was first entitled "Behold the Man" and published in 1742 in a collection entitled Hymns and Sacred Poems. The words focus on the assurance we find in Christ's once-for-all sacrifice for us, his forgiveness of our sins, and his continual intercession with the Father on our behalf. Wesley alludes to numerous Scripture passages, many from the book of Hebrews, including 10:19-23: "Therefore, brothers, since we have confidence to enter the holy places by the blood of Jesus, the new and living way that he opened to us through the curtain, that is, through his flesh, and since we have a great high priest over the house of God, let us draw near with a true heart in full assurance of faith, with our hearts sprinkled clean from an evil conscience..."  Also Romans 8:34,  "Christ Jesus … is at the right hand of God and is also interceding for us."  The hymn begins by reminding us to shake off our guilty fears because Jesus, the bleeding sacrifice, stands for us before the throne of God.  And with his blood atoned for all of our sins, He intercedes for us.  The Father hears Him pray for us and we are reconciled, not because of anything we could have done, but because of the blood of Christ shed for each of us.  And, as a result of His interceding, we are His child and we can draw nigh to Him without any fear.  Amazing, miraculous, profound, comforting and true.  I think that if you spend some time this week meditating on the truth and power of Wesley's words, you will develop a stronger understanding and appreciation of what Jesus Christ has done for you.  Then you can join in singing, "with confidence I now draw nigh, and "Father, Abba, Father," cry."

I love this version of this great hymn.  Take time to listen to it this week.   LISTEN
Posted by Barry Kauffman at 1:00 AM