IN THIS VERY ROOM

I was searching for a hymn this week when yesterday I received an e-mail from my cousing who is serving as a caretaker for two folks who mean so much to me. The last few days have been very stressful for all of them and my cousin ended her e-mail with the words of this song written by Ron Harris. I was so touched by the message that I had to do some research and I quickly found the background of it written by the author himself. Here is what he has written.

"Because there are now more than 350 recordings and over a million copies of IN THIS VERY ROOM in print, a great many people have wondered which room the song is about. In truth, the song will always be about whatever room it is sung in at any given moment. But the genesis of the song actually happened in a most unlikely place: a big old lonely hotel room at the Fairmont Hotel in New Orleans, Louisiana. I had been working in that very hotel as conductor for Carol Lawrence (Maria in West Side Story) for about a week. This particular night, after the show, I went back to my room and before going to bed I called home to my wife and children in Los Angeles to talk for a few minutes. During that conversation I really ached to be home with them. I fantacized crawling through the phone wire to magically be home with them in California.

After hanging up the phone, I turned off the lights and tried to go to sleep. I felt exceptionally lonely that night. I missed my family. Then, out of nowhere and in that pitch-dark room, the ideas of what became IN THIS VERY ROOM, came to me. And they came to me in the specific words that are now part of the song – with a heavy emphasis on "this VERY room". It was the word "very" that truly electrified me. I started thinking about what an awesome thing was happening in my VERY room in that VERY hotel. The word VERY enabled me to express, even to myself, how special I must be that, in the whole world; this was taking place in my VERY room. My loneliness vanished and I felt powerful and healed.

Well, being a songwriter, I was always on the alert to inspiring ideas. I knew then as I do now that any time words alone can do something like that to me, it was my job to ask if they could become a song. So I got out of bed in the total darkness and, without turning on a light, I found a pencil and wrote the first line of the song on some paper. I wrote in really large letters because I couldn't actually see anything in the dark. I got back in bed and fell asleep rather quickly, as I remember. My wife, Carol, arrived a couple of days later for a New Orleans weekend with me. We worked on the song at the piano in the hotel showroom. By the time she left for Los Angeles, the song was finished.

The song has never again been about my lonely hotel room. The song has its own life, its own ability to transform and inspire that no longer has anything to do with me at all. And that, I believe is why it has been so successful. Because whenever it is performed, due to the nature of the words, it is expressing something powerful and electrifying and entirely specific to the moment and the place. Its reach continues to amaze me."

I MUST TELL JESUS 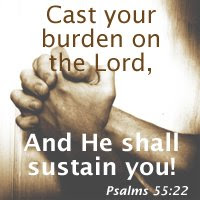 Elisha Hoffman was a pastor in Lebanon, PA many years ago. He related that there was a woman to whom God had permitted many visitations of sorrow and affliction. Coming to her home one day, he found her very much discouraged. She unburdened her heart, concluding with the question, "Brother Hoffman, what shall I do?" Accoding to Hoffman, "I quoted from the Word and then added, You cannot do better than to take all of your sorrows to Jesus. You must tell Jesus." For a moment she seemed lost in meditation. Then her eyes lighted as she exclaimed, "Yes, I must tell Jesus." As Hoffman left her home he had a vision of that joy-illuminated face … and he heard all along his pathway the echo, "I must tell Jesus. I must tell Jesus." After reaching home, Hoffman wrote both the words and the music to this comforting hymn. It always amazes me how so many of the great hymns were written so quickly and often resulted from experiences of sorrow and pain. Maybe today your burdens are very heavy and you don't know what to do. Let the words of this week's hymn tell you what you should do.

Pinebrook is one of our favorite places to minister in music. We have served there at various times for over 40 years. We especially enjoy leading leading music for the annual Sr. Saints Retreat.